﻿﻿Application Methods and Equipment - RTD’s
﻿As with thermocouples, RTD outputs measuring temperature change are small - we are looking at less than 0.5 ohms per °C for an IEC standard device. However, the resulting signals are not quite as minute - 1mA energizing current with a 100 ohm nominal resistance RTD sensor yields 5mV output for a change of 10°C. Move the current up to 5mA and the output is 25mV for 10°C change - at least an order of magnitude better signal strength than with thermocouples. However, bridge amplifiers (or equivalent) are still required to provide signal levels suitable for most purposes.

﻿There are two main instruments for determining RTD sensor resistance - measuring bridges (null-balance or fixed-bridge direct-deflection), in which the supply current can vary, and potentiometers, where the current has to be known and constant. Both can use AC or DC currents, although a smooth, stable low voltage power supply is the norm.

﻿Early measuring instrumentation relied on null balance bridges (resistive, capacitive, or inductive). In fact, balanced measuring bridges are still used extensively in laboratories where the bridge elements might be resistance decades, or tapped inductances in AC versions. Today, fixed bridge systems are more common - where the imbalance itself is a direct measure of the changing sensing resistance.

﻿However, high accuracy can also be achieved using today’s precision potentiometers, digital voltmeters and the like to measure voltage drop directly across the sensor. Stable, constant energizing current circuits are available, and these tend to favor potentiometric instrumentation, particularly for industrial use. Notably, they lend themselves to high accuracy, high speed RTD sensor scanning applications.

﻿Also, there is now a plethora of direct reading equipment covering both instrumentation types, interpolating from the quadratic resistance (and therefore voltage, if current is constant) vs temperature relationship to give a direct temperature output. The following provides some insight into methods and equipment available.

﻿﻿﻿Bridge Measuring Systems - RTD’s
﻿Commercially available industrial bridge measuring systems use one of several circuit arrangements relying mainly on two versions of the Wheatstone bridge - balanced, or fixed bridge, both resistive. Incidentally, it is worth just noting that inductive ratio bridges can also be used, in which precision wound transformers are used for the ratio arms of the bridge. These can offer several advantages in terms of robustness, portability and stability.

﻿Returning to resistive bridges, whatever the circuit format selected, all bridges can be made self-balancing using servo mechanisms controlled from the balance detector. In industrial applications, the bridge is not normally balanced (by altering variable resistances). Instead, as stated above, the imbalance voltage in a fixed element bridge tends to be used as a measure of the sensor resistance - and hence of temperature.

﻿Irrespective of bridge style, all the bridge resistors, except, of course, the sensor, are set to exhibit negligible resistance change with temperature, and in AC bridges are designed to be non-inductive. Also, bridge arm resistance errors due to sliding contacts on variable resistors (where applicable) are normally prevented by introducing these into the current supply line itself, or the balance detector circuit where they can clearly have no influence on the bridge balance.

﻿The sensing resistor, which may well be some distance away from the bridge in industrial applications, is then attached to the bridge using copper cable - whose resistance is low compared with that of the bridge, but which will obviously vary with temperature, particularly nearer to the measurement point. When the conductors are long, or of small cross section, these resistance changes can be large enough to cause significant errors in the temperature reading. There are several wiring configurations to compensate for this potential problem.

﻿﻿The simple two wire connection shown in Figure 3.1 is used only where high accuracy is not required - the resistance of the connecting wires is always included with that of the sensor, leading to errors in the signal. In fact, a standard restriction with this arrangement is a maximum of 1 - 2 ohms resistance per conductor - which is typically about 300 feet of cable. This applies equally to balanced bridge and fixed bridge systems. The values of the lead resistance can only be determined in a separate measurement (without the RTD sensor) and therefore a continuous correction during the temperature measurement is not possible.

﻿﻿A better wiring configuration is shown in Figure 3.2. Here, the two leads of the sensor are on adjoining legs. Although there is lead resistance in each leg of the bridge, the lead resistance is cancelled out from the measurement. It is assumed that the two lead resistances are equal, therefore demanding high quality connection cables.This allows an increase to 10 ohms - usually allowing cable runs of around 1500 feet or more, if necessary - although with the caveats pointed out in Part 1, Section 7 and Part 2, Section 10 regarding signal transmission problems.

﻿Also, with this wiring configuration, if fixed bridge measurement is being made, compensation is clearly only good at the bridge balance point. Beyond this, errors will grow as the imbalance increases. This, however, can be minimized by using larger values of resistance in the opposite bridge circuits to reduce bridge current changes.

﻿﻿﻿However, this approach is a little more costly on the copper wiring. An alternative, better version of the four wire configuration uses full four wire terminal RTDs, and as depicted in figure 3.4. This provides for full cancellation of spurious effects with the bridge type measuring technique. Cable resistance of up to 15 ohms can be handled with this arrangement, accommodating cable runs of around 3,000 feet. Incidentally, the same limitation as for three wire connections applies if the fixed-bridge, direct-reading approach is being used (see Section 3.3).

﻿﻿﻿To measure differential temperatures using bridge circuitry, a second RTD is simply introduced into the bridge circuit alongside the first sensor. A twin two-wire arrangement is adequate for this purpose if the cables used are both of similar resistance (see Figure 3.5).

﻿If, however, high accuracy is required and the two sensing cable lengths, or resistances are dissimilar, then a four wire equivalent is preferable (see Figure 3.6) in which both sensors are equipped with compensating pairs (one per sensing leg of the bridge).

﻿﻿﻿As described above, the resistance thermometer can be energized from a constant current source, and the potential difference developed across it measured directly by some kind of potentiometer. An immediate advantage is that here, incidentals like conductor resistance and selector switch contact resistance are irrelevant. The essentials for this voltage-based method are simply a stabilized and accurately known current supply for the RTD sensor (giving a direct relationship of voltage to resistance and thus to temperature) and a high impedance voltmeter (DVM, or whatever) to measure the voltage developed with negligible current flow.

﻿With this approach, absolute temperature can be derived as long as the current is known. Even where it is not known, if it is stable, differential resistance (and thus temperature) is provided. Also, a number of RTDs can be connected in series using the same current source. Voltage signals from each can then be scanned by high impedance measuring instrumentation.

﻿﻿﻿﻿﻿Four Wire Potentiometric Systems - RTD’s
﻿Again, a four wire configuration is appropriate, although clearly somewhat different to that used with bridge systems. Using the configuration in Figure 3.7 the resistance of the leads has a negligible effect on measurement accuracy.

﻿﻿Having looked at the circuitry and measurement methods in detail, it is time to take a look at the measuring instrumentation itself - detecting the null or measuring the imbalance in bridge systems, or sensing the voltage drop in potentiometric systems. The detector can, of course, take the form of a simple galvanometer - this is appropriate to balanced and fixed bridge arrangements. Deflection will indicate resistance (either directly, or indirectly through voltage as described), and the scale can be configured for direct temperature reading should this be required.

﻿Sophistication can be added, with limit detectors set to provide on-off controls or alarms.

﻿﻿﻿﻿﻿﻿Amplifiers - RTD’s
﻿However, in general, low power electronic amplifiers, signal converters or transmitters are used. With the fixed bridge and potentiometric systems, they provide both a high input impedance and adequate power to drive more robust local or remote indicators, recorders or recorder/controllers. For null balance bridges, they are used to drive a servo system to balance the bridge, the system often forming part of an indicator, recorder or controller.

﻿They are usually positioned close to the RTD, and give the added advantage of minimizing sensor cable resistance and providing a large, relatively RFI-immune signal for transmission to the signal reading instrumentation. The amplifier power supply is remote, and we’re back in the realms of standard transmitter technology and 4-20mA signalling.

﻿﻿Potentiometric Measuring Instruments - RTD’s
﻿Then again, self-balancing direct potentiometric indicators and recorders can also be used to measure either the bridge imbalance voltage, or the direct sensor voltage drop. Constant current supply, bridge resistors, etc are all self-contained in these devices.

﻿﻿Digital Instrumentation - RTD’s
﻿Another more modern alternative involves either the bridge voltage imbalance, or the RTD potential drop being measured using a digital voltmeter. This clearly provides the opportunity for applying digital linearizing techniques for direct temperature reading. In fact, there is a range of direct reading instrumentation today which operates more than adequately for industrial grade accuracy temperature measurement in ranges from -200 to +850°C.

﻿Equipment is self-balancing, and the most straightforward comprises basically high resolution digital multimeter technology, with resistance or voltage signals being converted into direct temperature readings. The devices use linearizing techniques following the RTD relationship (Part 1, Section 4) to, say, two or three orders. Linearization is usually generalized to the RTD (as per the IEC 60751 standard quadratic expression), or specific to the sensor, with empirical calibration data taken into account.

﻿In the former case, specifications and tolerances will be to IEC 60751 and accuracy will be to within a few hundredths of a degree. With individual calibration, accuracies to 10mK or better are available. Calibration characteristics can be provided on EEPROM, which is plugged into the linearizing and indicating system together with the sensor, or data can be programmed into the instrument, either directly via the front panel keypad, or remotely, with configuration performed typically in a PC and then downloaded via a serial port into the instrument. 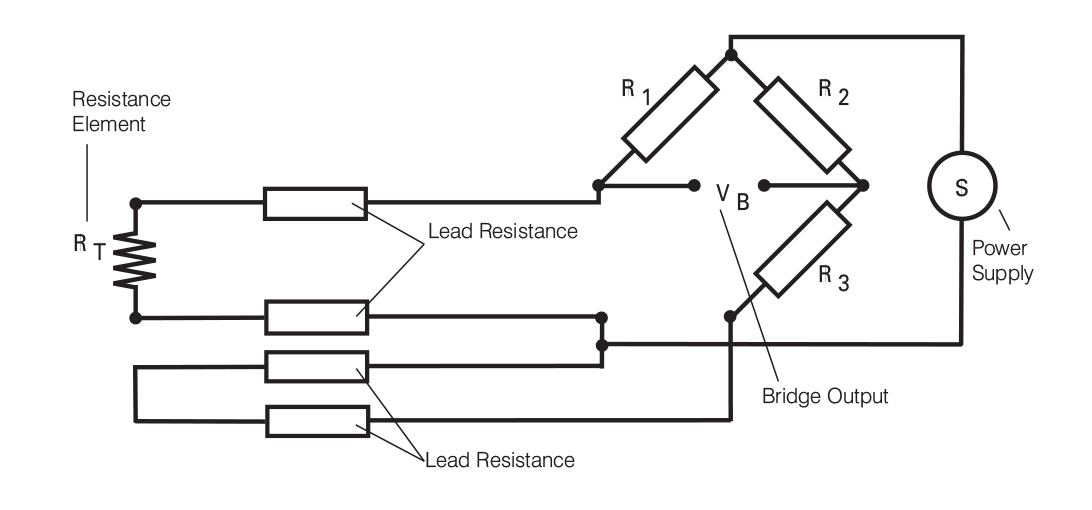 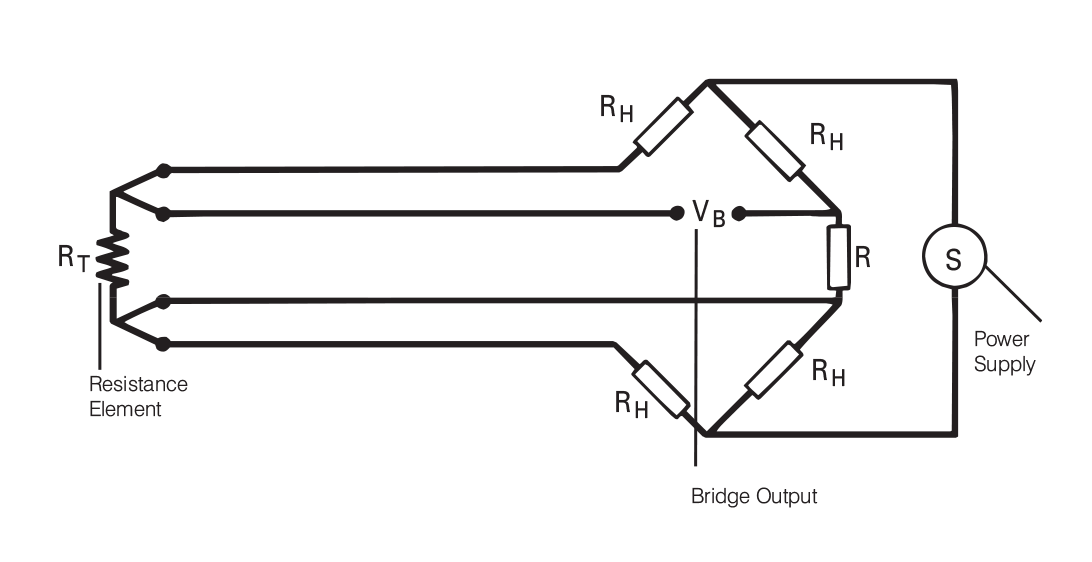 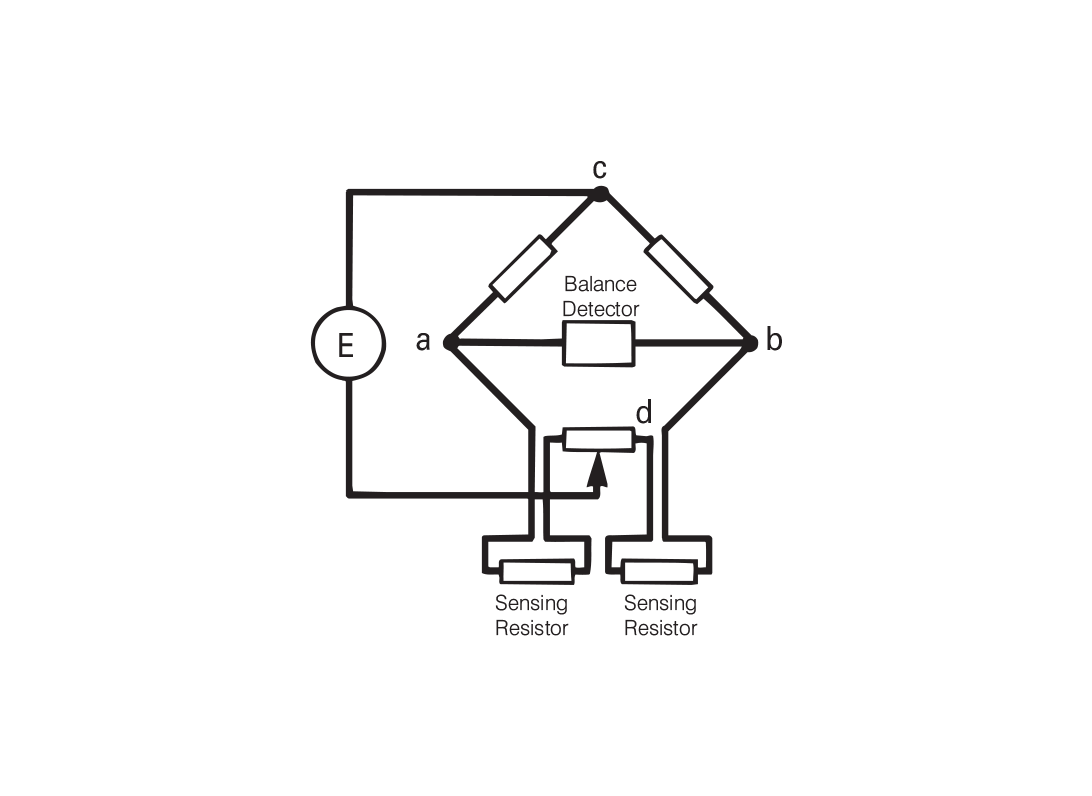 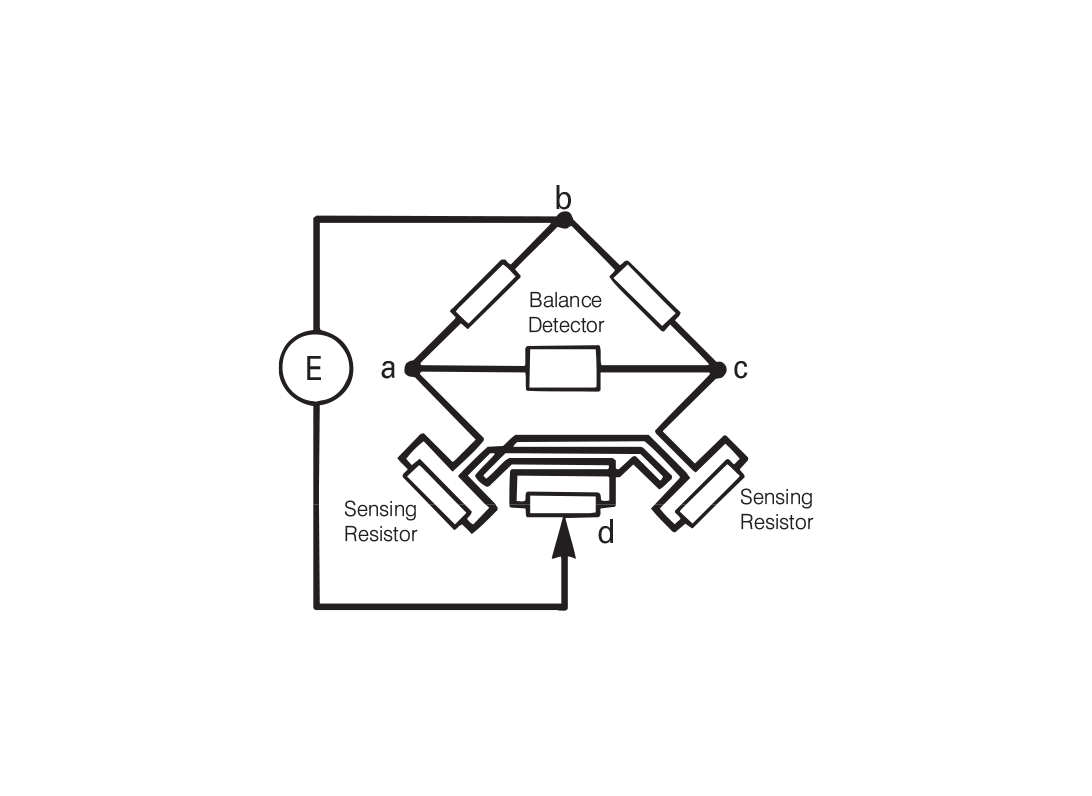